Nigerian singer and proud father of three, David Adeleke, popularly known as Davido, has spent a fortune on a luxury timepiece for his 2-year-old son, Ifeanyi.

The music executive is known for lavishing his children with love, gifts, and affection, and he most recently spent $320,000 on an Audemars Piguet watch for his little boy.

Davido took to his Instagram stories to show off the luxury timepiece. Sharing a photo of the watch, he bragged that his son is now the youngest to own an AP luxury watch. 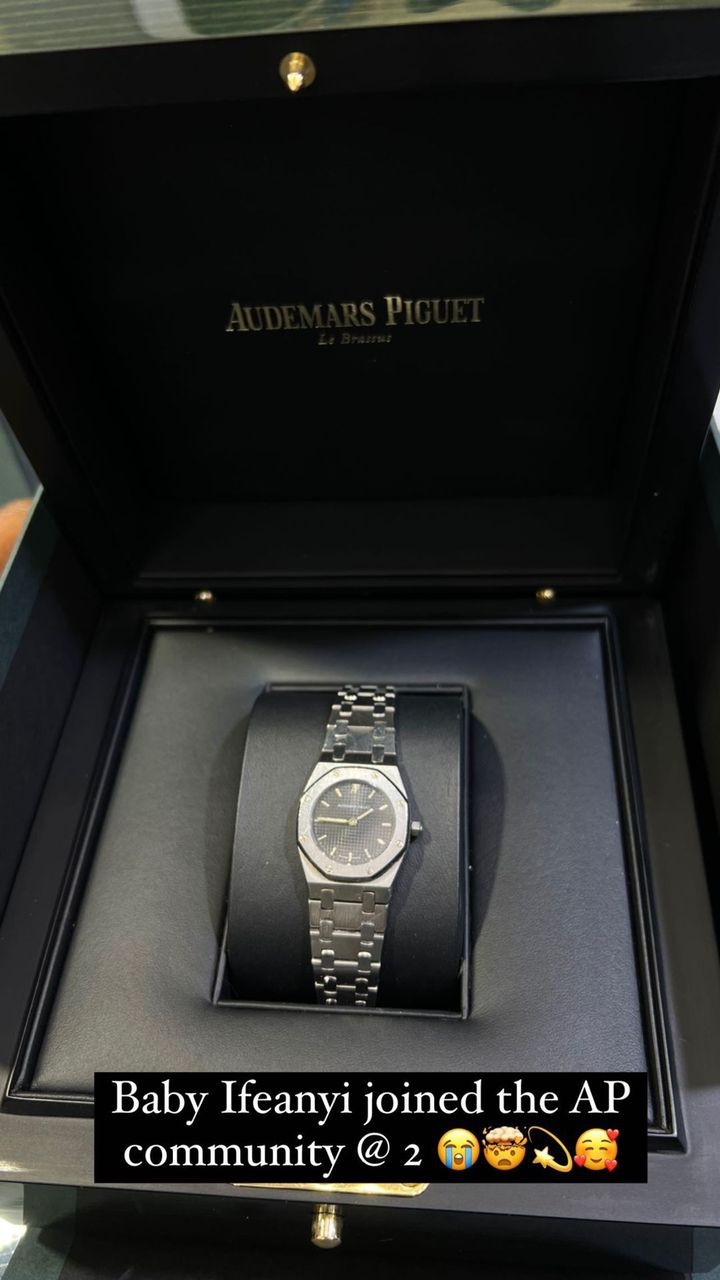 This comes after the 30BG father acquired a Range Rover as birthday gift for his first child, Imade.

Sharing the video of the exotic car on Instagram, he wrote,

In other news, the leaders of the Academic Staff Union of Universities ASUU have said its members are not beggars and hunger won’t force them to call off their strike.

ASSU has been on strike since February 14 following the failure of the Federal government to meet their demands. After the expiration of the one-month warning strike they embarked on in February, the union announced another eight-week strike before it eventually commenced its indefinite strike.

The ASUU President, Prof Emmanuel Osodeke, in a statement released commended members of the union for not backing down from the strike despite the no work, no pay policy by the Federal government.