The former Big Brother Naija housemate, in a post via her Instagram story, stated that she does not want to be adored for romantic reasons.

She urged them to connect her to jobs, deals and opportunities to make more money.

“If you find me attractive, give me jobs, contracts, referrals, connect me to making plenty money and opportunities. I don’t want attraction that is bedroom inspired, please“, she wrote. 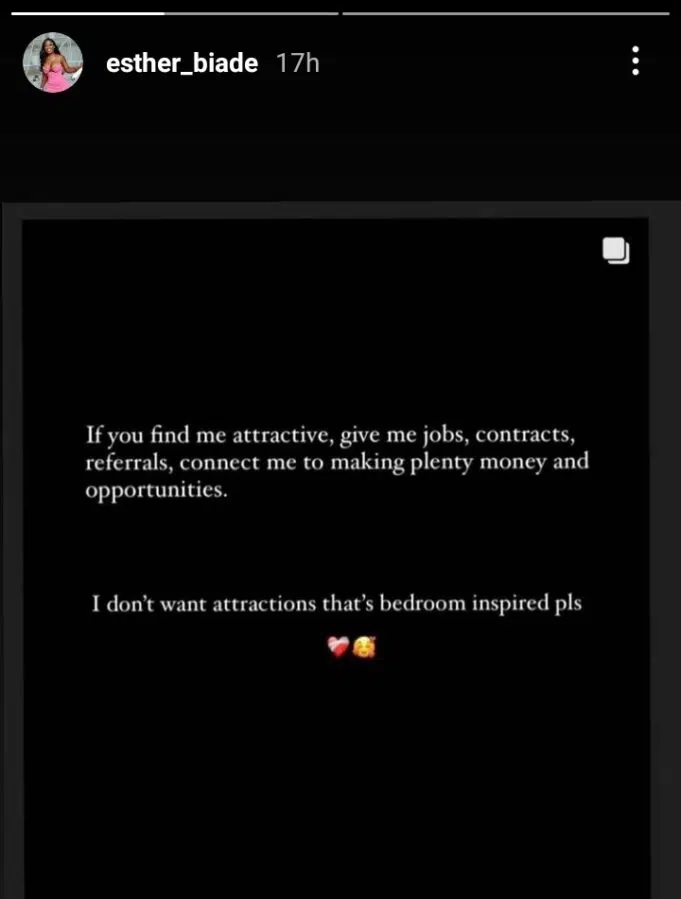 A while ago, Esther Biade was trolled on Twitter for going to Cameroon to watch the ongoing African Cup of Nations, AFCON, Games live.

The reality TV star had taken to the platform to share photos taken at the stadium and disclosed that she was there to support the Nigeria national football team, Super Eagles.

She wrote, “Straight out of my camera roll, Out here supporting the super eagles Flag of Nigeria
#GNBNGA #Afcon2021”

However, some netizens took it upon themselves to drag her for travelling to Cameroon for the games. Some opined that she went there with a mission to attract a footballer, while others chided her for showing off her backside in the photos.